Exceedingly and abundantly more then we could ask or imagine.

It was three years ago that this team from Espanola made headlines literally around the world , TV, Radio newspapers and internet was a buzz about how a group of foreigners came inn to a small city in Kyrgyzstan and rebuilt a home / life of a pensioner who had lost everything in a fire, including her son.

They even brought with them needed fire fighter outfits for the local fire department.  They fire department did not have these before this so they were not able to enter the burning house to save her son. 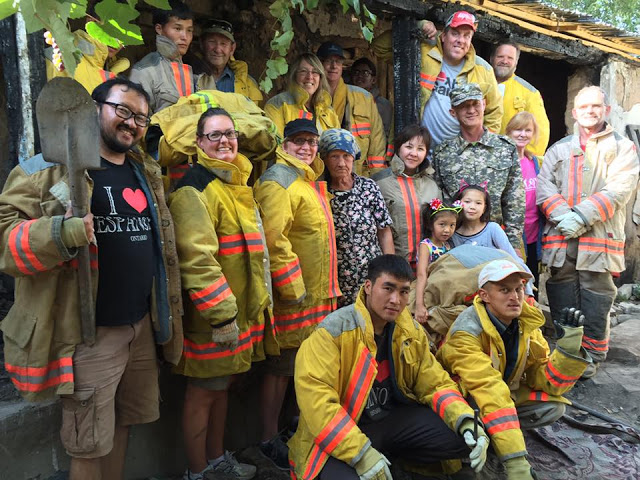 Nadia was so pleased when her home was restored. 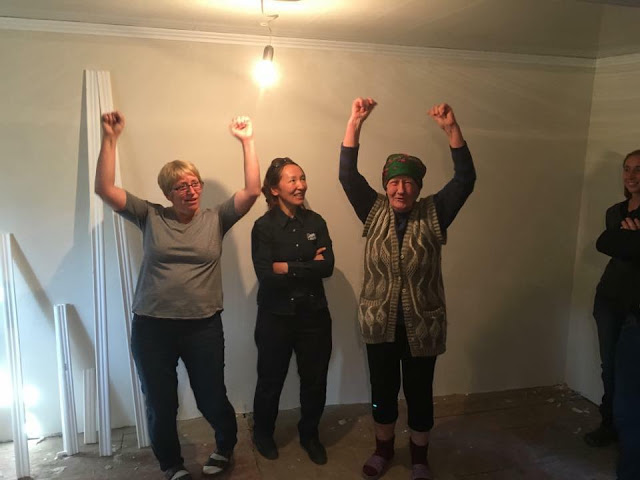 Now here we are three years later , and tragedy struck again. This time a young widowed mom with three kids ... they lost everything.  Through Sergey, we were able to begin helping right away with some basic needs , and this time word spread and un like with Nadia, people started pitching in and helping them to rebuild their home.  I think that when we give people examples of what is possible we can make an actual long term difference. 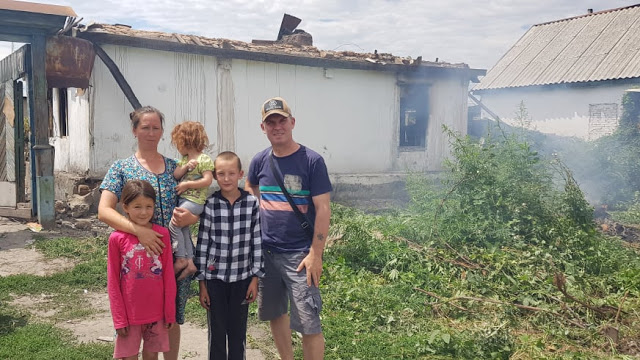 With the house rebuilt, and school starting , the team arrived just in time to take the kids back to school shopping,  These kids had nothing , but this day they had a fresh outlook on life and could return to school with everything they needed.

Now here is the God part ... Exceedingly and abundantly more then we could ask or imagine.  Thats right, this is the part that I watch for and love the best. Never would this mother have asked or imagined that the team would return a week later and take them shopping for new furniture for their newly rebuilt home .. And throw in an automatic washing machine as well ... what an incredible thing that is ... something many would only dream about. 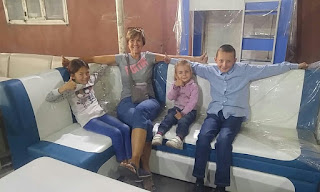 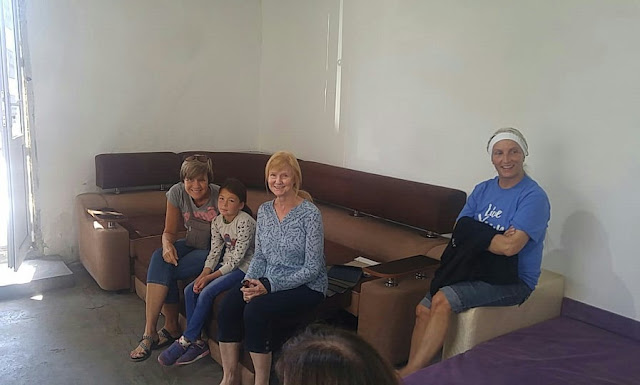 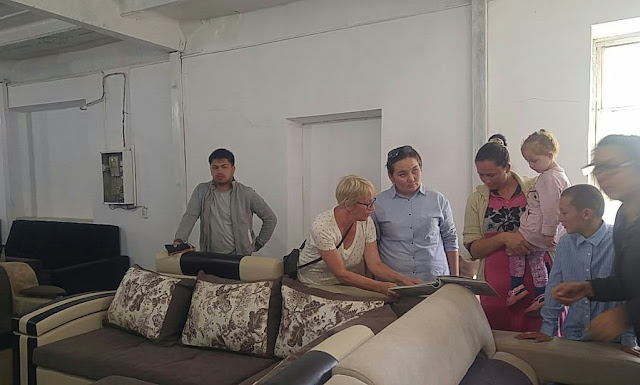 After shopping the team brought the family out for a nice meal ... what a great time to introduce them to a special guest ... Remember Nadia the fire grandmother from three years ago. 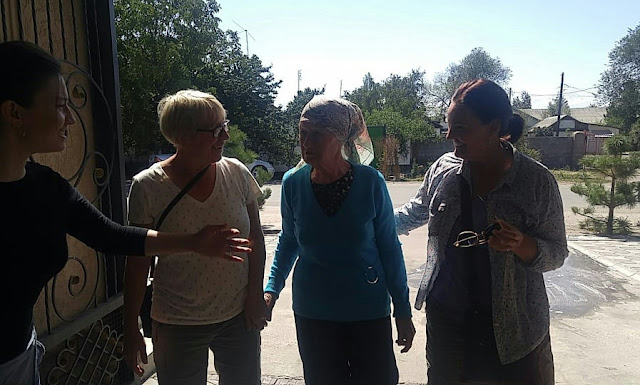 She sure remembered the team .. 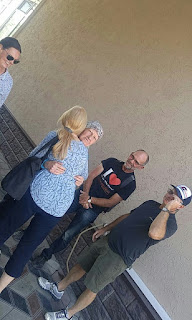 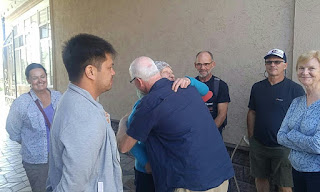 Now I was not there, but I can just here her in my head "Why did you not come and see me sooner " hahahaha 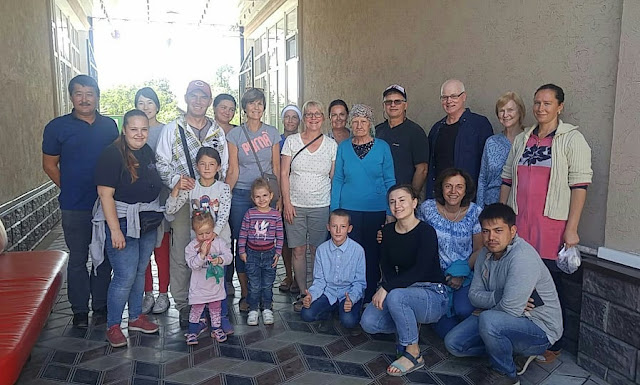 So back at the farm, in the boys house the team has been working with Koder in their spare time , hahah . They are building a small kitchenette that will also have the washing machine, making more room in the bathroom for the boys new shower. 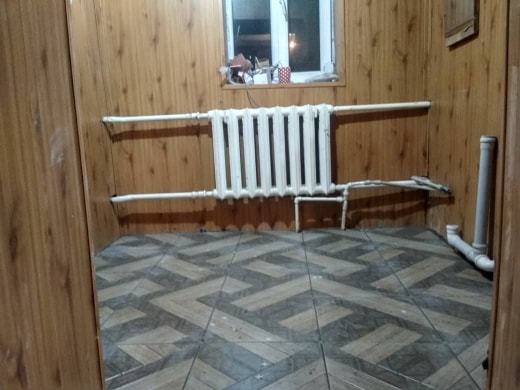 In one of the big rooms , they did some renovations as well.  Its kind of funny actually , This room had a relay cheep linoleum  floor .  One day we sent one of our boys over to wash the floors ( with our supervision ) .. when we went over to check on him, he had pulled up the floors and had them outside on the lawn and was washing them with a garden hose ... needless to say they have just had carpets over the cement floor since then .

Then last year we put down a new wood floor in the cow barn son they would be warm in the winter.. From that moment on Nuric was offended that the cows could have a wood floor and he had to have a cement floor.  Well Nuric got the ear of the team and while they were renovating the boys house, they put down a wooden floor and then a good quality linoleum on top of that.   Then here is the exceedingly and abundantly more part... they bought them a new couch. 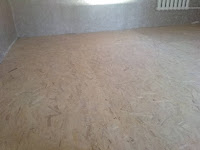 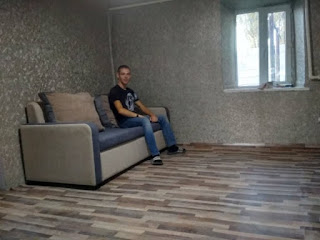 If you have been watching this team over the last week, you will see so much that they have been able to do .. Some of the funds have come from some of you, but the vast majority of the funds they have raised themselves with the help of the Light House in Espanola .  For months they have been working on the schedule and raising the funds for each specific need . Focusing on  how they can be the most effective and how they can bring the greatest long term benefit to everything they do.   It is a lot of work and planing , but man oh man have they every accomplished  what they have set out to do... and they are not done yet !