Names to the faces

We tried for an early start out to the mountains today , but as we were boarding the bus, we spotted this little boy running out into the parking lot. 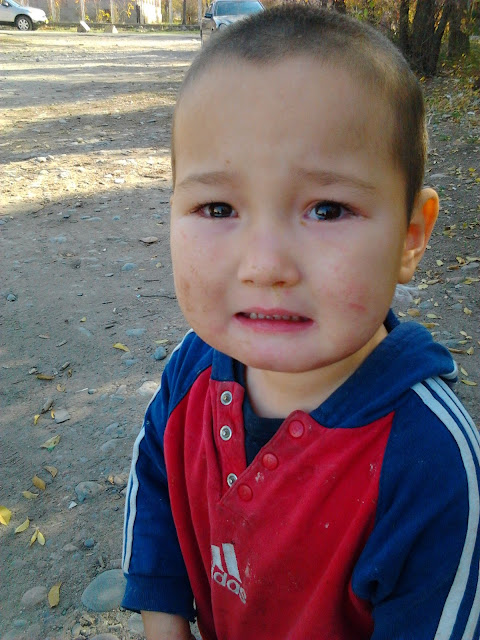 He was clearly distressed ,  He was crying , and had no pants or shoes on.  We tried to ask him where his mother was, but he just became more distressed .  He was to young to show us his home ore where he came from .  I took the photo above with my cell phone , and Acel went to the apartments and went door to door asking if any one new him.


eventually Acel found an apartment with its door still open, and no one inside .  We went and got the boy and brought him back to the apartment to  see if he seemed to recognize anything   right away he ran in and pushed the play button on the DVD and sat down and watched TV .. I offered him a Banana to see how hungry he was .  He did not seem hungry, so we new he was not likely there long.  By this time Maria next door ( our old Babushka  next door ) was out to help.  So we hired her to baby sit until the mother came home .  Just to be safe, Maria also called the police to notify them that she had the boy.  the police came later in the morning to do a report and take the boy, but Maria convinced them to let her look after him until the mother came home .  Around 2:00 she arrived home .  She said that she had just popped out for milk..... Ya right 3 hours later .... Acel and Victoria spoke with the mother and asked if she needed help to care for him in the future , like maybe Maria could baby sit for her time to time  so he would not be left alone like that . but she declined .    It is easy for us to judge in situations like this,  but it is something that is done all the time . so common to leave the kids on front of the TV , or dig a big hole in the back yard that they can not get out of and go for the day .  We have even had mothers tie their kids to the dog in the back yard for the dog to baby sit .   Maria's solution was a classic .. she offered to take out an add in the paper telling every one what a bad mother she was if it ever happened again..  Maybe that has something to do with why she did not want help.

On the way to the mountains , the team stoped out to see how the reno was going and I went with Sergey to pick up Slavic and his friends at the orphanage. 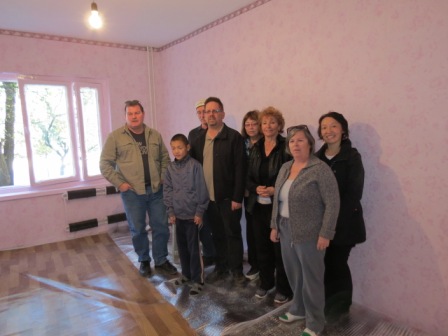 This is the beginning of a week of holidays for the kids, and Slavic had asked us to do something with him.. this was a perfect opportunity to spend some time with him.  When we got to the orphanage, most of "our " kids were away and just 2 were remaining ,  I looked around and only about 20 of the 240 kids were on the grounds .. I thought quickly and tried to contact Isar to see if we could get another bus and take them all, but it was too late, and he was up in the mountains by then and out of cell range.  As the boys were getting ready, three others stood there watching sadly .. then the director asked "Do you have room for a couple more " Thats all the prompting Sergey and I needed  and we extended the invitation.. the boys RAN to get there coats .. then one of them swung his arm, skipped and gave a little squeal with excitement .. a squeal that said everything he needed to say .   Once we got them into the van we found out that it was the birthday of two of the boys that are  twins.....   we just happened to have two birthday cakes in the van with us . It is actually Vladys birthday is today, biut he was happy to share . 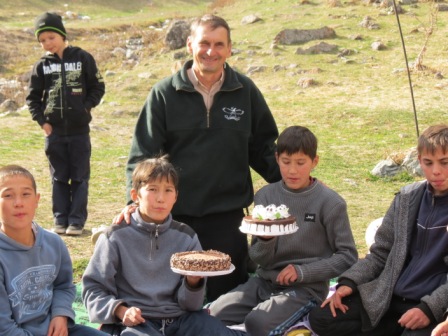 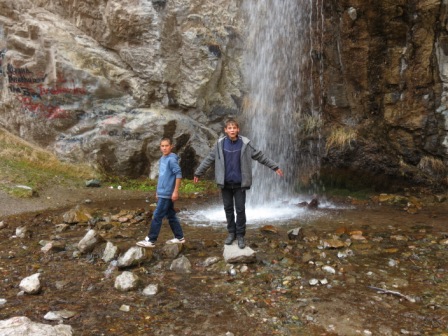 It was so great to see Slavic having such a good time , feeling so free ... 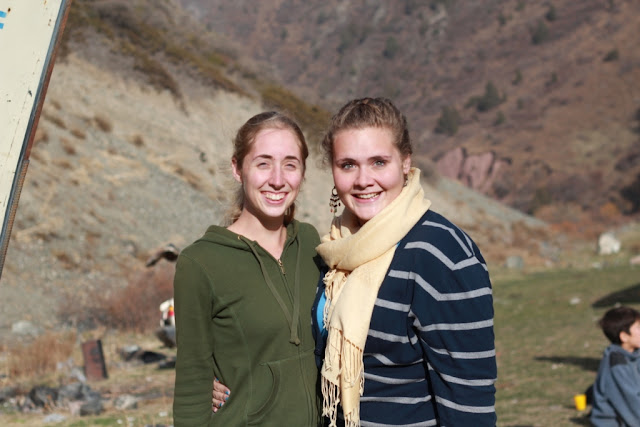 On the way home , the boys were back in the car with Sergey and I and one of them got car sick.    This is common because they hardly ever get to ride in a car , then add the excitement and the food and there you have it .. After we pulled over and he did the nasty and got back into the car , he had a bit of a pout on his face .. I asked if he was OK , he said yes... pouted for a moment and said .. " I wanted to keep that "

We all realized something today .. our 7 kids at this orphanage just became 10.. there must be some reason why they were put in front of us, and  NOW THAT WE HAVE NAMES FOR THEM !

Posted by Julie and John Wright at 9:48 am

Love you guys and God bless all the work.. See you when you get home

OK...so John, the LaJoy's need to talk to you about these boys and their needs. Email me when you have time to share some details about them and what we might do. Totally feeling something here. Hugs to all!