Out of the frying pan and into the Kazan 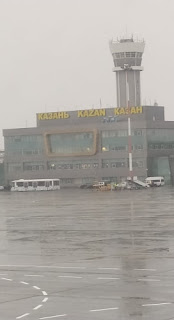 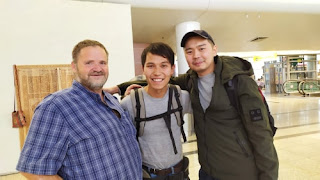 We left Rebekah's  at 2 am and headed for the airport .  The plan was Moscow for one hour then on to Paris for a 5 hour layover to give us time to get downtown and catch the train to Zurich.  The plan was ...  well plans change.  The flight was about an hour late boarding , and while boarding they said  that the plain was now going to Kazan Russia when they will stop to refuel before going on to Moscow , We stepped forward and tole them we had many connections and could they please call ahead and arrange connections that would get us to Paris as quickly as possible  With that they asked to see our boarding pass and handed us back Business class boarding passes and said "for your troubles. "     It was then that we realized that it is possible to be comfortable on a plane.   As we were sitting there on the plane gloating over our nice seats ,Two young men stopped to say high .    It was a strange feeling , suddenly I felt guilty about where we were sitting .. What if they thought that we traveled like this all the time.  Maybe it would some how negate what we were doing there if they assumed that we spent money like this .  Fortunatly when we landed in Moscow ( three and a half hours late ) we met up with them in the airport and were able to share with them our fortune.

The next connecting flight was not for almost 2 hours .  This put landing in Paris at the beginning of rush hour with less then an hour to clear customs, collect our bag and make the 50 minute trip across Paris to the train , then find the right train .  when we reached customs there were only about 10 people ahead of us and there were about 5 or 6 windows open , then on to the baggage ,, if your bag was not there it would have taken two long to fill out the report... fortunately about the 4th bag on the baggage belt was ours .. so we were off running .. We ran out the door and and some one pointed and yelled bus this way taxi that way .. three steps later a young man was waiting and raced us out to his car ,, asked where we were going and looked at the traffic and said "its 55 minutes , how much time do you have ?"  We told him 45 minutes .. he said lets do this , and we were out of there in a flash .. racing through traffic and checking our train departure track on the fly so that he could drop us as close as possible .  When we got to the station he took a road that went down under the station and drooped us off in front of an elevator and said go up one floor and you will be at your track ...10 minutes before the trains boarding  ...   Now we could breath ,, 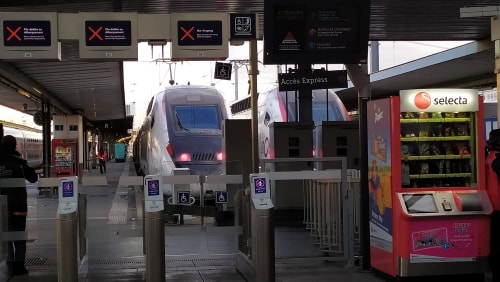 .
It was a beautiful trip through the country side on the train . 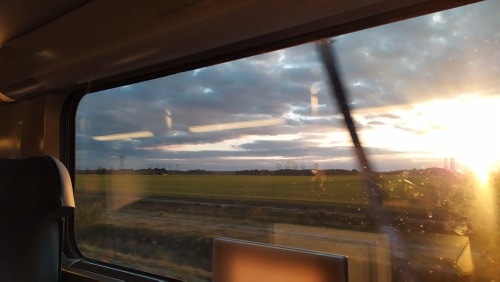 and we arrived at the train station at the exact time we were scheduled .. oh the wonders of world travel.  It was so nice to see Iris ,  Her apartment is the one with all the ivy in the balcony. 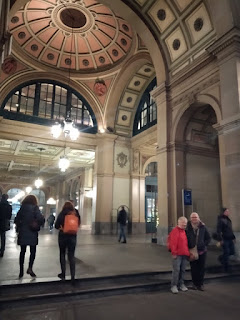 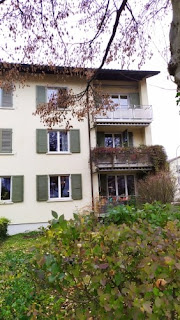 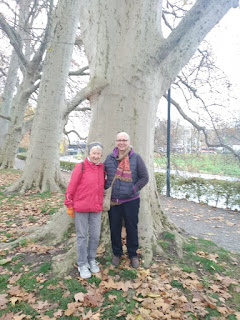 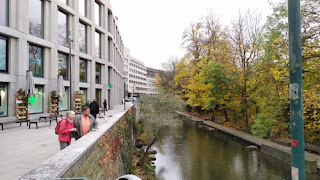 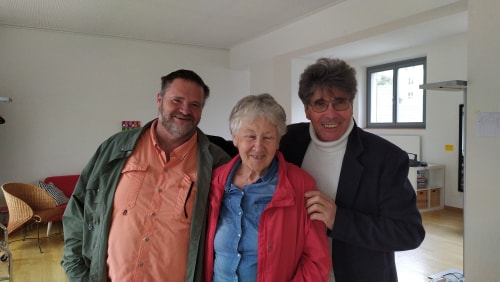 We have been invited for breakfast at the home of one of the men tomorrow morning .

We then went down town to see about getting a Swiss watch for Jenish ... I found some very nice watches for between $50 000 and $64 000 ... humm maybe we should look for a Swiss Army Knife .. or maybe a Toblarone bar 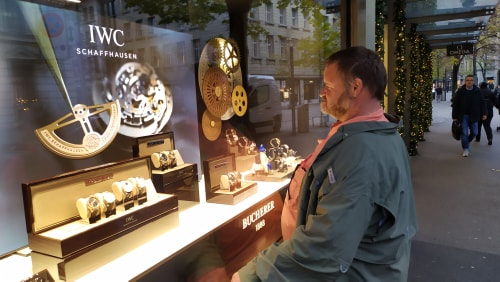 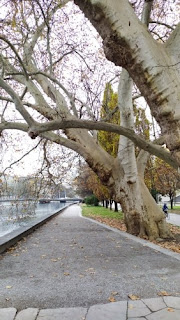 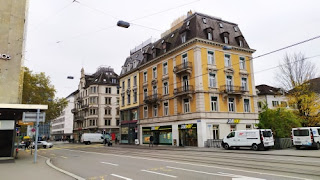 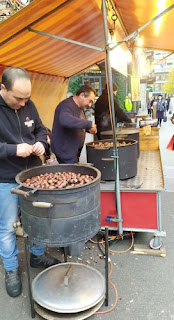 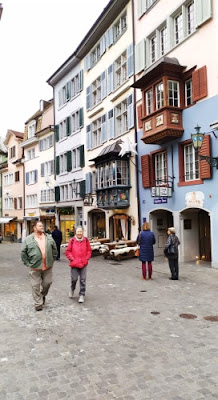 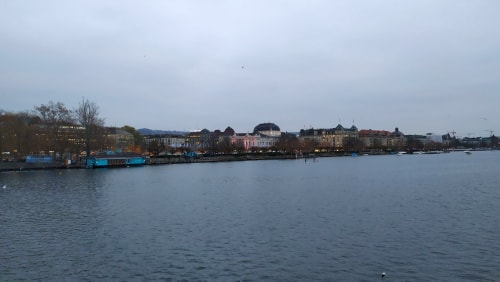 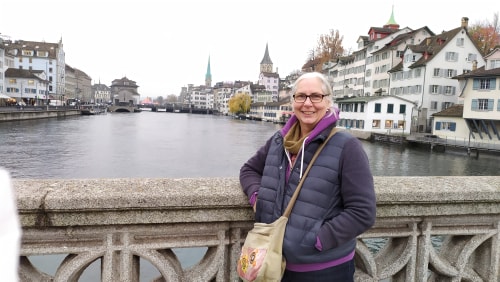 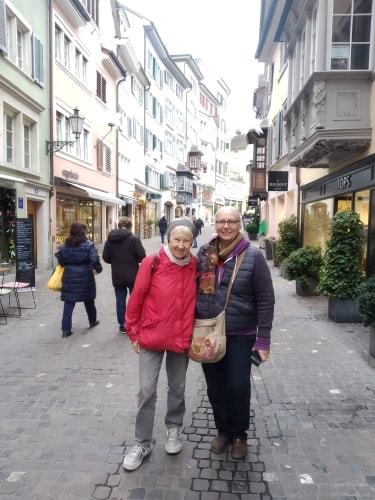 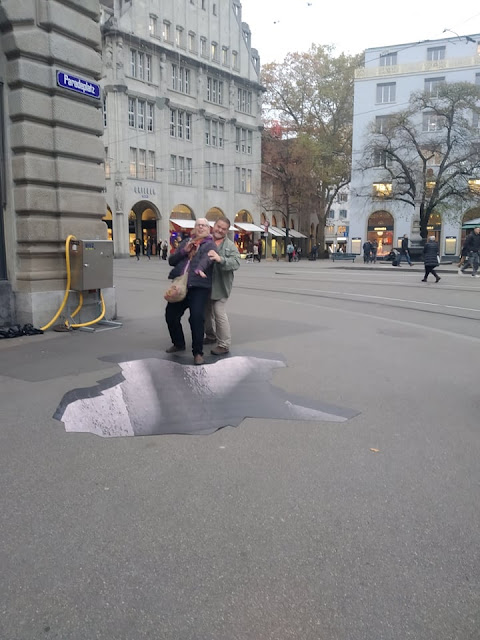 Lots more walking , and seeing some beautiful sights along the way .  Tomorrow we will have breakfast out at our new friends , then we will take the train back to Paris at 3:00
Posted by Julie and John Wright at 12:47 pm