Coal is on the move

Coal deliveries are well under way.  While some of the boys remain on the farm to bag the coal, others are out with Vlad on deliveries.  You may remember that up until a couple years ago we would just dump the coal at the homes directly from the trucks .  The problem was that the people receiving the coal are usually to old or to young, or simply not healthy enough to move coal around .. its hard work.
Now we put the coal into bags and then we are able to place the bags directly into the coal bins for people.
As I am receiving photos along the way , it makes me smile to be able to see some old friends along the way .  The first picture her is of the coal being delivered to Tanya .  Tanya's mom Larisa delivered coal for us for many years , and now Tanya has taken over that responsibility. Today she received 180 bags that she will use not just for their own home, but the majority of it she will give out through the winter to people who need it most, when they need it most. 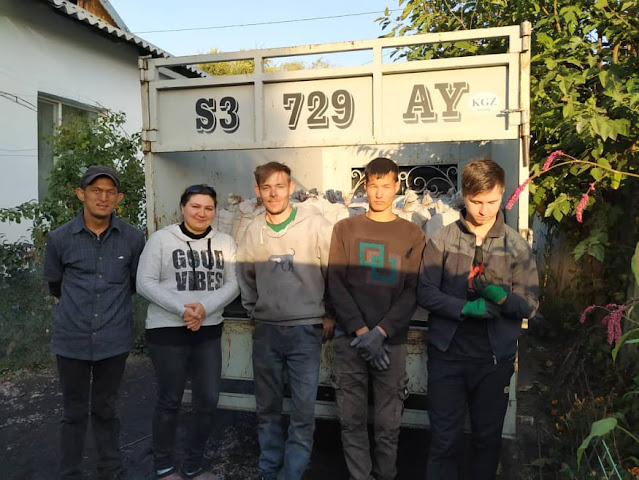 besides the coal at the farm we have also dropped a couple huge loads in a compound in Tokmok and have hired extras there to do the bagging for us so that the boys can just pick it up and go on to the next home. 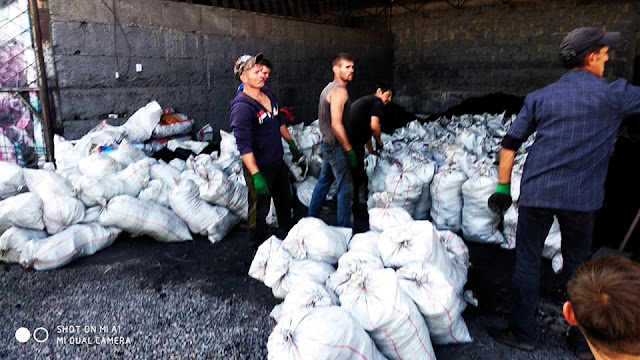 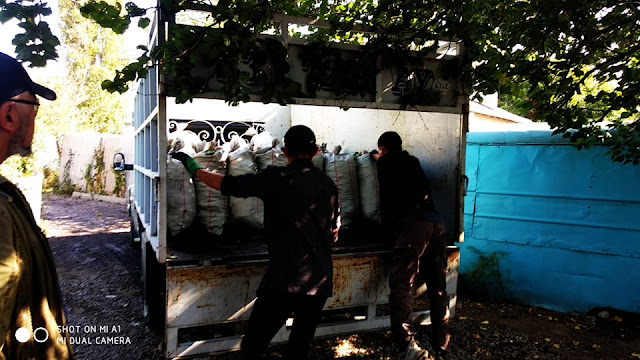 You may have noticed Victor in the first picture .  he has been helping with deliveries for a few years now.  It just seemed like yesterday when he was about seven and the orphanage he was in closed .  His Grandmother was too old and on a pension so she was not able to look after him .  We made a deal at that time that we would help with their heating , medical and school expenses, and that way she would be able to care for him.   Today victor is in I.T. at the university , and we are continuing to support his grandmother with coal .. this is them below .. Nuric has been working hard today as well ( The one with the cap on ).. 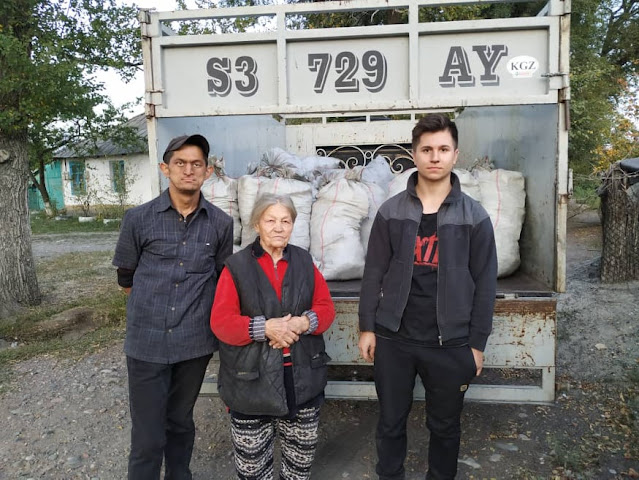 The older folks know the significance of the coal drop.. they have experienced the winter with out it.. the kids may not realize what this means , many won't remember a time with out it when the cold was over taking them, and I pray they never will . 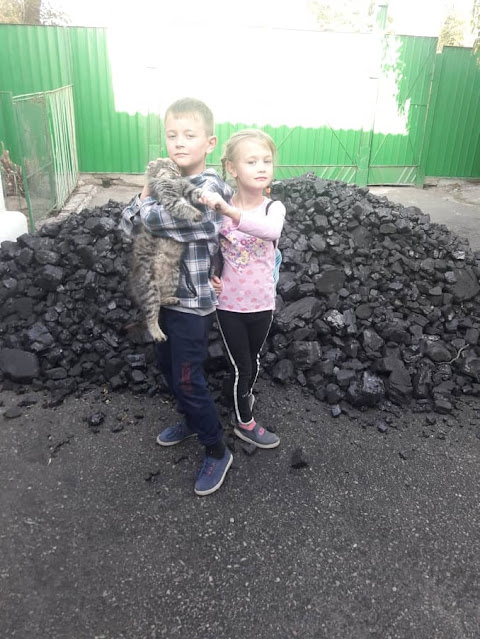 along with deliveries here , we have also started deliveries out in the Isykool region with coal being delivered to a men's rehab center, a women's shelter and a children's center.    Thank you so much to those who have acted so quickly to allow this to take place. Two days ago we posted the need for $10 000 USD and today we are just $1200 USD from that goal.  If you have not done so already, please take a moment and consider how you can help.  Thank you
Posted by Julie and John Wright at 9:32 am