THE ODDS ARE GODS

About 15 years ago while visiting an orphanage in Kyrgyzstan , Julie and I met an incredible family. A mother and 5 kids .  Aigoola and the kids would come to be an extension of our own family.
About 5 years later Turat came to us and shared that he wanted to go to a bible collage in Ukraine. We were able to help him with this , but we ran into troubles when he tried to leave the country . He was only 17 years old, so he would need to travel with  his guardian .  Well in just a few days we were able to go to court and we became his legal guardians, and we arranged to fly home through  Ukraine so we could deposit him along the way . 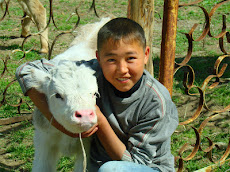 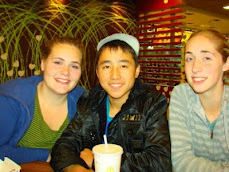 after a couple years he graduated and met a fine young lady and they got married.  Soon to follow was their daughter.  We have kept in touch on an off over the years and even hosted them at the farm for a few months when he came home to work on some documents. 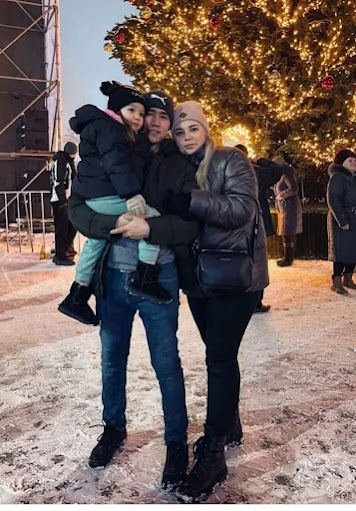 With the war we reached out to them again and they felt that they were going to be safe in Krivoy Rog .  Last week they called us, they were huddled under blankets in their hall, the bomb shelter next door had been targeted , and they could hear the barrage of artillery fire all around them .  For them is was just too far to the polish boarder , but they were going to try. Leaving everything behind and heading out.   This just seemed like an impossible task for them and for us watching .  This is what they met at the train station as they tried to evacuate to Laviv and then make there way to the polish boarder , still not knowing if Turat would be allowed across as he is Kyrgyz. 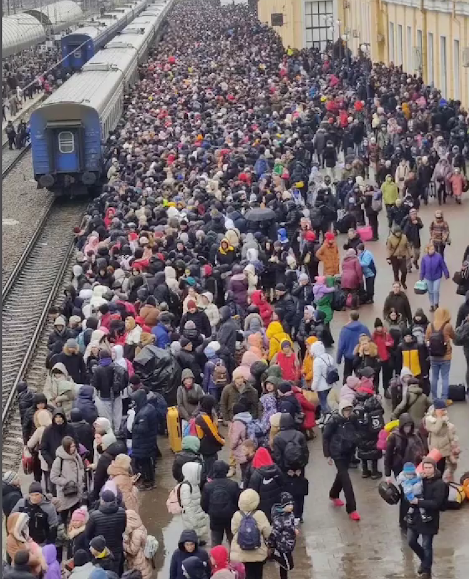 This was Wednesday morning. We were busy making connections for them along the way and at the border, then in Poland, but it just seemed that it would be an impossible journey..
A friend of ours has a weekly "Words of Wisdom  from The Farm". This week his message was THE ODDS ARE GODS .. here is the message .. you need to listen to this.
For the rest of the week , we held on to that .. Friday morning they made it to Laviv and by Saturday morning they were crossing the boarder and were picked up buy friends of friends and were on their way to Warsaw .. THE ODDS ARE GODS,.
He was hoping to get a job and settle in Poland, but so do a million other refugees.
Just before the sanctions started , I tried to send $40 for food to one of our Kyrgyz kids working in Russia , but western Union flagged me and shut down my ability to transfer funds and have placed a one month review on my activity.    but THE ODDS ARE GODS.. Yesterday I was able to send money to Turat in Poland, and as long as we can we will keep working on options for them as a family as he is Kyrgyz and she is Ukrainian.
This is just one family out of millions that are facing such terrible situation  but I will just keep hanging on to THE ODDS ARE GODS
For our friend Ed Dickson from Loads of Love  who has a team of over 40 workers still on the ground, and still providing aid to refugees and those old and disabled left behind .. THE ODDS ARE GODS
For our friend Denis from Luke Services International  who is working to help refugees on the Ukraine side of the boarders , providing temporary housing and food along the journey , THE ODDS ARE GODS
Many have contacted us to ask how this is effecting us at the farm .. The Kyrgyz som has gone into a free fall , and the cost of food when available has started to sky rocket .  We are concerned about disruption in the banks.  We are doing our best to transfer funds and get them secure before a complete shut down. we are converting finances into USD, Euro and food stocks to be ready for we don't know what , but through it all we remember THE ODDS ARE GODS .
Please keep your hearts open to so many needs and recognise with us that through it all , THE ODDS ARE GODS and that He will show himself in a mighty way .  Please consider making a donation  one of the three areas of Aid I have mentioned here ..  Loads of Love  helping those left behind, Luke Services International   helping those trying to escape, and right here to help with the pending crisis in Kyrgyzstan along with the well being of our many kids like Turat, and others  scattered around the region.  We place these needs in Gods hands today ..because
THE ODDS ARE GODS
Posted by Julie and John Wright at 2:09 pm