Up at the Kashar we are part of a small village of shepherds and farm hands.  To say that they are off the beaten path would be an understatement.  Our friends had helped to bring a few loads of kids from the farm village to Tokmok for a big celebration and to give out Samaritan purse boxes .. they had such a great time.  It was such a hit that they decided to run the event again right up at the Kashar and yurts , and invite the Kashar village kids .
We had 60 kids come out with their families to a fun day of games, face painting , pizza, juice and then the gift boxes.  and a message of Hope.   This was the first time that these kids had been to any kids event . they were so excited and had such a good time .  Suddenly for these kids they felt that they had a world out there that cared about them.   We have been discussing the idea of possibly having a day camp this summer at the yurts for these kids.  I know that if this is meant to be the funds will find their way to us . 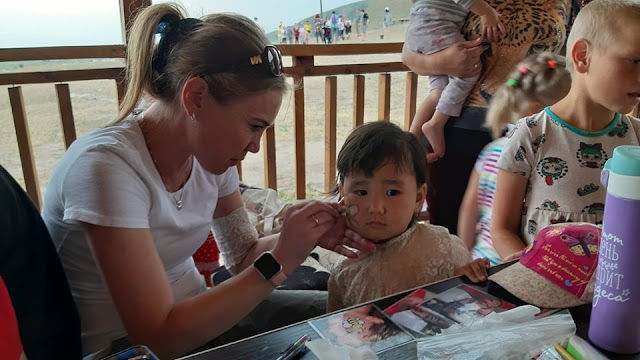 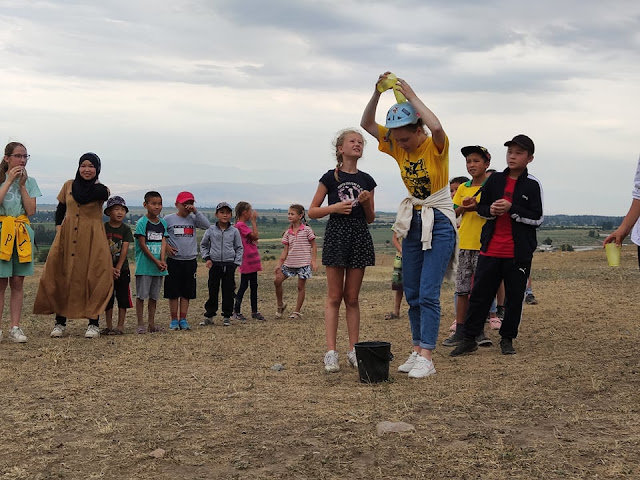 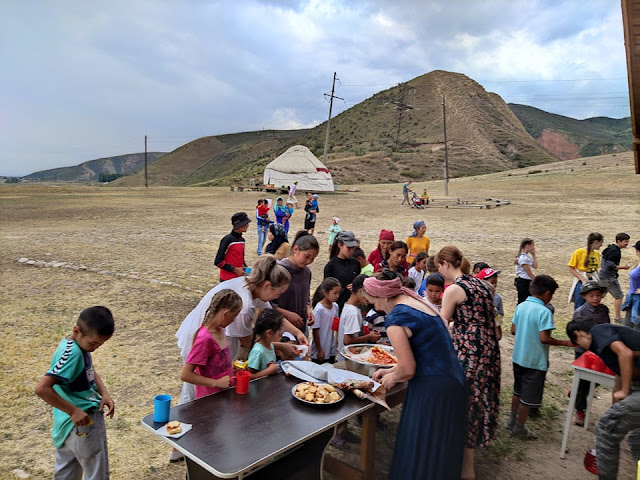 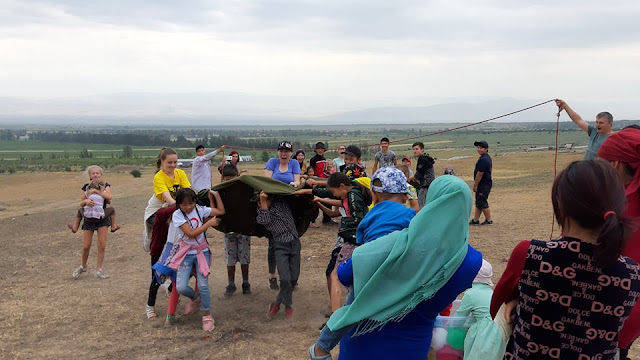 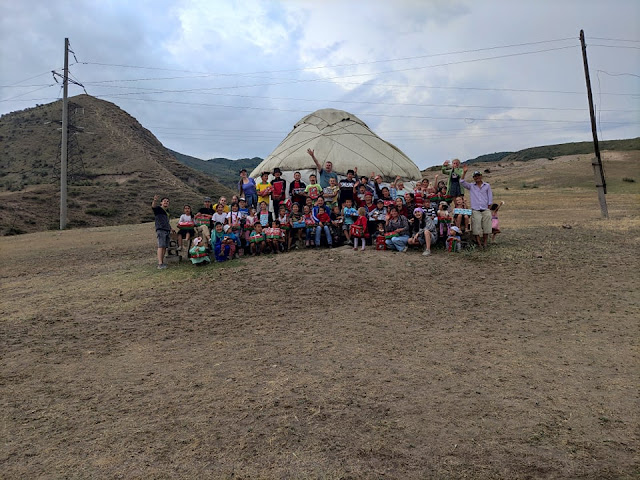 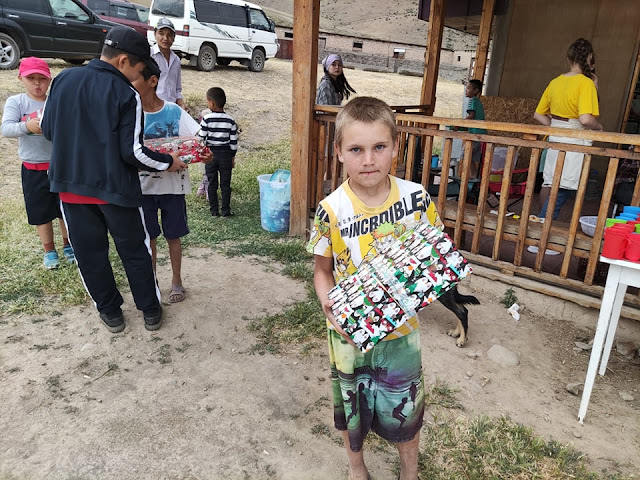 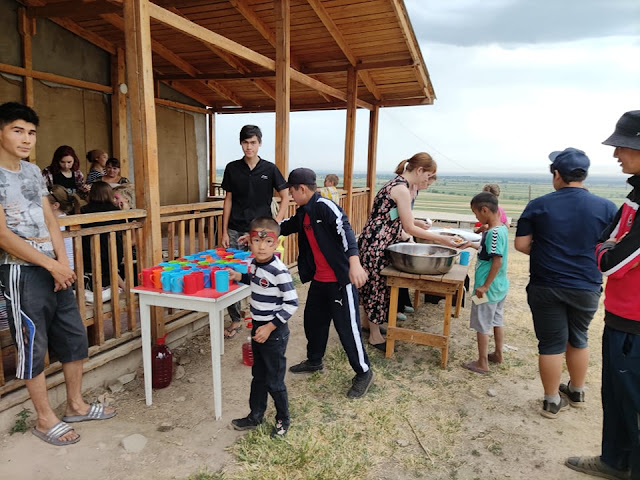 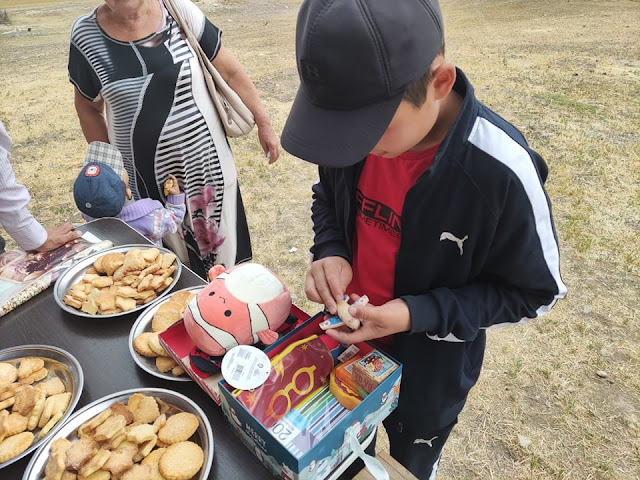 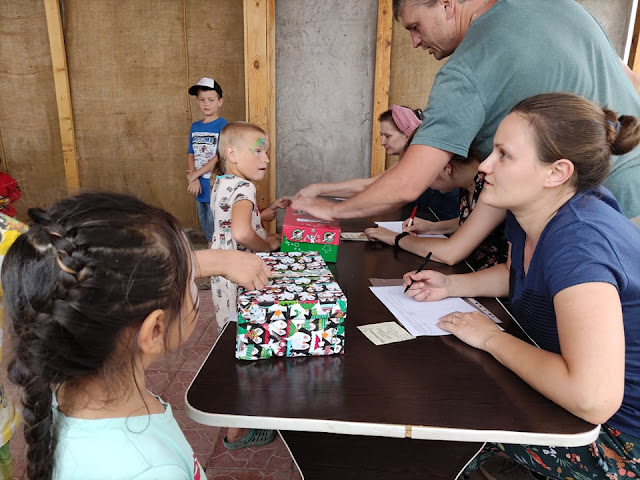 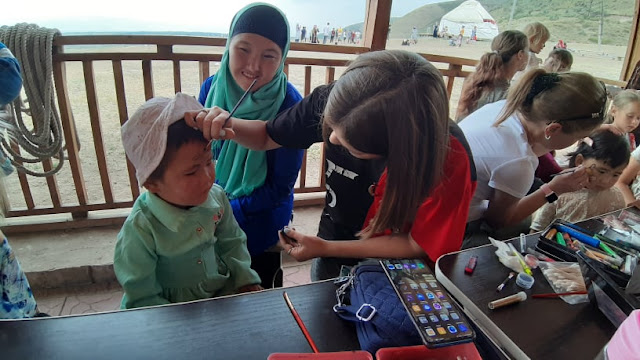 Posted by Julie and John Wright at 8:53 am