I wanted to give a little update about how we are doing with the last few needs we posted, but first I have a couple of fun and exciting wants to share .   There are so many small things that seem to come along .. its when I so appreciate having short term teams that come and support and sponsor so many of this type of event as well as guests and income from the guest house  .. Soon enough we will be back to normal but until then we rely on your on going support. 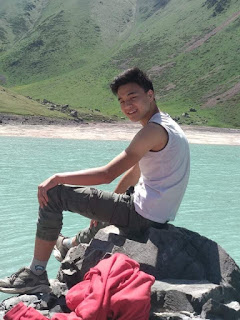 Dustan is graduating soon and would like to attend the graduation ceremony.  Dustan came to us a lot younger then the 18 years old needed to be at the farm, so Aigoola actually became his legal guardian .  Dustan is a VERY smart young man and very quickly not only caught up with his schooling, but out paced the village schools ability to keep him challenged .  We were able to get him into a very good private school where he would be challenged.  He has done really well there and has even represented the school in several National chess competitions and done incredibly well becoming one of the top chess players in the country.   So back to the graduation .. being a high end private school, the cost of graduation for the clothes, food and the class party will be $100.  We would love for him to be able to attend .

The other fun want that we have is for an April May birthday party.  Now that the cold winter is over and we can safely meet up at the 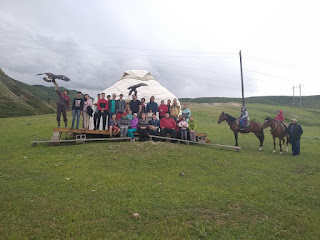 Kashar, we will celebrate everyone's birthdays from the last two months, as well as the kids from the youth group they attend.  for all the food , some transportation and the small gifts , and we ,may even get some horses for a few hours, we will need $200.

So here is an update from the last post . 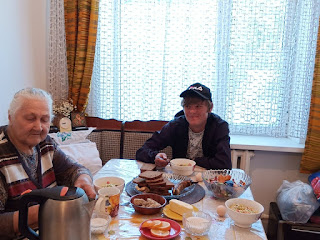 Our new boy is so excited that he will be able to go to the farm .  This week Tanya has been working with him and getting him ready, including medical checks and some new clothes and things he might need.   Here he is enjoying a big breakfast that Tanya's grandmother prepared for him .  He will come out to the farm on Monday. His expenses for this have been met, and he is sponsored for the first year .. such a blessing, and an honor to Larisa's memory .

The washing machine repair for the children's treatment centre  has been covered.  Now if any extra comes in we will be able to bring them some cleaning supplies

The medical treatments are almost covered with just $100 to go .

and last but not least , the money for the food hampers for the children home this week from the boarding school is almost in .  We received $400 for this so far so they have started preparing the bags, and we are trusting on another $100 for this soon.

Thank you all again for your on going support of the many needs that we come across on a daily basis .. Because of you, we are able to bring hope and even JOY to the lives of so many .

Posted by Julie and John Wright at 8:17 am