Do not be Daunted 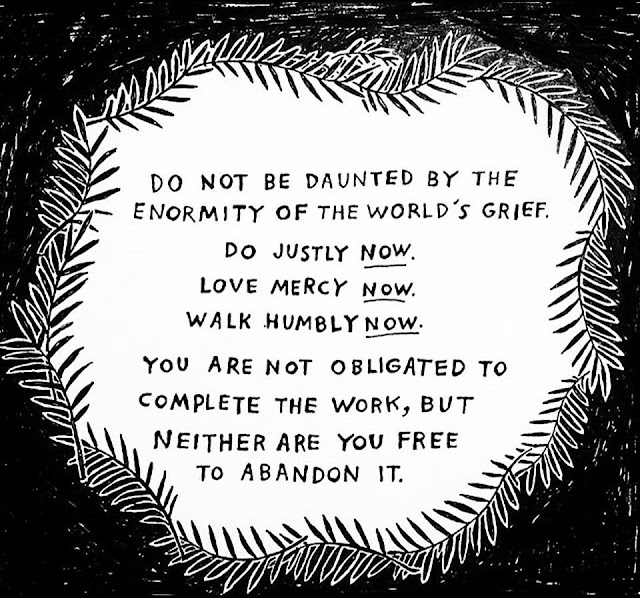 I remember at the end of one my first Missions / humanitarian aid trips feeling a sense of dispare .. there was just so much hurt that we saw and so much need that was left  and it felt like  what we had done hardly made a dent.   In my dis-pare a friend told me , "Even Jesus did not heal all the sick he did not visit all the poor, but as he was on the cross he said "It is finished"  What makes you think you can do better. ?"

When the task seems to be so overwhelming I think it is human nature to just not start it at all ..but what if we all did not abandon the work, but instead thought " I can do my part?"  I have another good friend that says simply ..
We>i
Posted by Julie and John Wright at 11:47 am