We were  visiting with some friends last night, and the topic of    "Living as a victor or a victim " came up.   It was suggested that Victim or Victor is a state of mind.  If this statement is true , then we can choose to live a victorious life, and maybe we need to spend more time focusing on how to transform the unsatisfied mind.  Maybe the life of the victim and the victor run parallel, and it is up to us to chose which track to follow .   What I mean by that is that simply the existence of hard times does not make one a victim.. in fact if you have the mind set of a Victor, you CAN live a victorious life.
If I was looking for proof in point about this, I would have to look at the life of Larisa .. Her mother Is Victorious, she raised Larisa in that manor, and now Larisa's daughter lives in victory.
Larisa's mom lived a very difficult life in a small Kyrgyz village , but through the adversity , and let me tell you  the story itself would make a best seller or a award winning movie, but to get to the point she not only had the mind set of a Victor, she lived a victorious life.  She  became one of the top Soviet Olympians  in her day... she had nothing , but she was and lived as a victor.
Larisa learned this trait , and despite the catastrophic hurtles thrown at her during her life, like having to flee on foot from Chernobyl  with her dying daughter in her arms,  and making her way across the soviet Union trying to get help for Tanya as she made her way back to Kyrgyzstan... again the stuff movies are made of ...Yet never faltering , but pushing on in Victory. 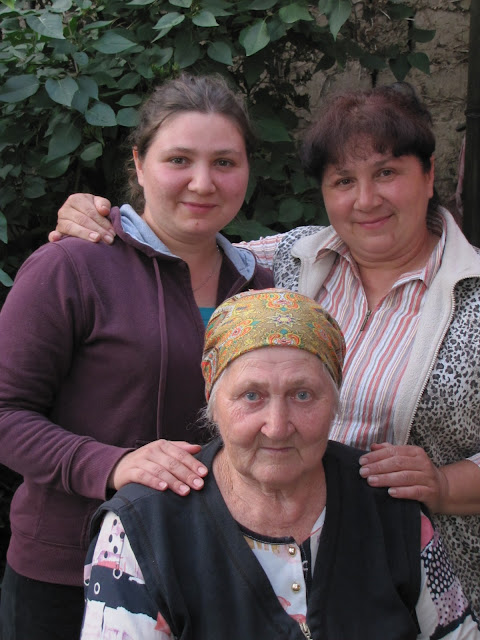 Together she and her mother and daughter  , who until recently , lived on a combined family income of about $20 a month chose not to be victims, but VICTORS.  as Victors, they feel that they have a responsibility to the less fortunate  around them... 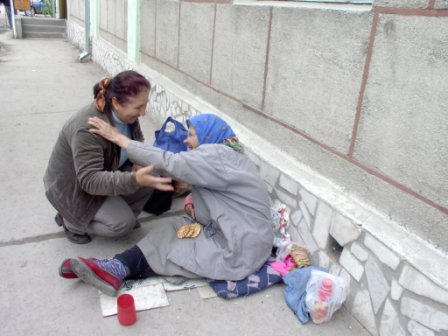 Funny thing... my guess is that many of the people that they help may actually have a higher income.. and may not have had the adversities that Larisa  has  faced, yet are not living in Victory .   But here is the thing .. Victory is not relative to situation and finances.. it is relative to the Peace of God that lives in our hearts , the peace that confirms in us that God loves and cares for us , not just as part of some big collective mass , but as individuals, each one as a unique and different creation.. and to know that what ever we face , what ever situations thrown in front of us  , God can use them not as hurtles, but as stepping stones to greater things, stepping stones to that Victors platform.

Larisa knows this and she lives her life in this fashion.  As I write this  Larisa is preparing for a trip to Alaska with her daughter Tanya.,  They will be spending 3 months there working with a medical team, receiving training for helping the disabled, then the team of Dr's will return in the spring to continue the training on the ground at the mens home and with the many families that Larisa supports.    If we look  at the reality of it, the flights alone will be $4700 ... that's $4700 that we don't have, but Larisa lives in Victory, she is packing and she is going ... just ask her .. she is determined , she knows that this is something that she must do , and she has the confidence that someone will catch the vision and help with this ... someone else, who like Larisa, chooses to live the life of a Victor.

Now let me share with you a story that hits a little closer to home .

Shortly after we were married, life for us had seemed to begin to spiral out of control.   I had lost my father and grandmother 10 days apart, our family business was in difficulty, and the restaurant I worked at had just gone bankrupt. Emma was very sick and lived on an breathing and heart  monitor 24 / 7.  On my way home from work on the last day , my car died, and so there I was ...

Down to one old car and not able to find work, I would go to our local dump, and scavenge for what ever I could find, and bring my salvage to a local auction house .   I did not think things could get much worse , until one day the car completely died on me in the next village over.   I began walking home the10 or so miles, and as I walked, I started thinking about a message I had just heard about walking as a VICTOR.
Needless to say I was not real receptive to this .. I had done everything to live a pure and honorable life.  As I walked along examining my life and where we would go from here, the rain began.. not just a gentle rain, but one of those pounding rains that makes it impossible to see your hand in front of your face.. I was wrong .. things could get worse.

I began to call out to God.. again the rain pounding so hard that I could hardly hear myself , let alone see, I stood there in the middle of nowhere  and I screamed at him.. "How can this be the life of a Victor, what do you want from me .. I sure feel like a victim here God... If I truly am a Victor like your word says .. show me..."  Threw the tears and the rain, soaked to the bone, my eyes fell to the ground, and out of the gavel road, one word appeared ... VICTOR... I thought for a second that I was seeing things .. my eyes were stinging and my vision was blurred...   I reached down to touch it, expecting it to disappear, but wanting it to be real , and it was .. there on the ground in front of me , was the answer.. VICTOR. 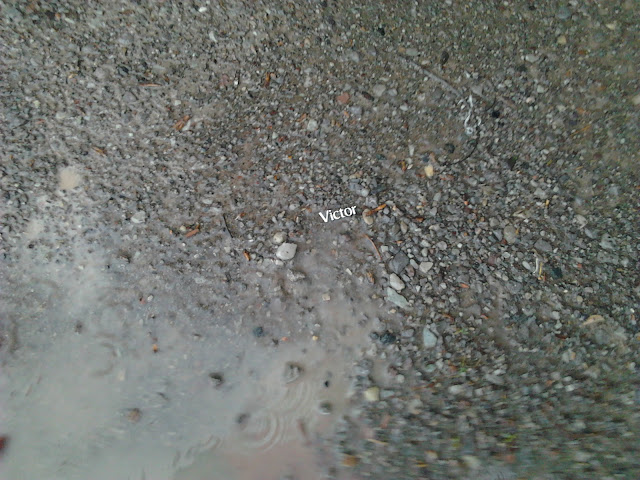 It turns out that the sign to me was actually the mettle embossing from an old Crown Victoria that had broken off someones car and landed on the side of the road.  That was the kick start that I needed .. to me that was the proof that God did see and hear my cry's while I was facing the adversities...   Those adversities did not end instantly, but in time as I learned and recognized Gods hand in my life, and how He really did care, I began to take those hurtles that piled in front of me. and I chose to climb upon them as my victors platform.

Today when I walk through the dump, bringing hope to the people I have become friends with there, when I visit sick and dying children in the hospitals and work to provide the medical care they need,  I do so as a victor... No longer do I or will I live as a victim of Circumstances... I choose to  live as a VICTOR  ..   still going to the dump gathering treasures ... but no longer earthly ones . 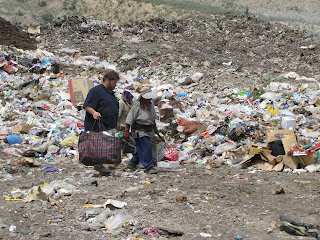 My grace is sufficient for you, for my power is made perfect in weakness.

For when I am weak, then I am strong.
Posted by Julie and John Wright at 3:18 pm

John, I love you man.

One of the most inspiring posts I have read on any blog.